How baby boomers and a doctor shortage will shape healthcare 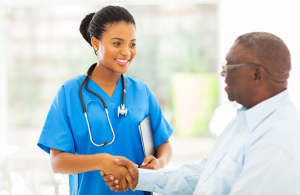 Within the U.S. healthcare system, there are several events coalescing that could have the ability to reshape the entire industry. The first is that across hospitals and other medical organizations, there is a distinct shortage of doctors, especially those focused on primary care. At the same time, we have an increasingly older population, spurred on by the baby boomers and their transition to old age. Understanding the larger impact of this so-called perfect storm is essential to the future of effective healthcare and meaningful engagement by both doctors and patients alike.

“There is a growing shortage of doctors in the U.S.”

In a previous blog post discussing healthcare distribution, we mentioned just how much of a doctor shortage U.S. healthcare is set to contend with in the coming years. In its report from spring 2016, the Association of American Medical Colleges estimated that America could experience a deficit of doctors ranging from 61,700 to 94,700.

Primary care physicians are among the biggest shortfalls, with figures as high as 35,600. Policy changes like the Affordable Care Act are perhaps one of the biggest contributing factors, with 44 million newly insured people sharply driving up demand. However, age is also a factor among physicians; per the AAMC report, at least 33 percent are over the age of 55. As such, a large swathe is already eyeing retirement for themselves.

The issue of increasingly older doctors is also indicative of a phenomenon happening among the average citizen. As mentioned above, baby boomers especially are major factor in a global population that gets older en masse. Also in spring, the U.S. Census Bureau unveiled its report about aging in America. According to the report, by 2020 the number of people over the age of 65 will outnumber those under age 5. In fact, by 2050, the ratio of young-to-old will double (15.6 percent compared to 7.2 percent).

On the one hand, this age group – specifically 65 to 79 years old – is among the happiest, according to research from the U.K.’s  Office for National Statistics. However, as people get older, they require more healthcare, especially for specialties like oncology and cardiology. But there’s more there too – a report from the National Center for Health Workforce Analysis found that many physicians don’t have the special training required to treat older people. That gap is bound to increase as we march to 2020.

Given this unique challenge – treating more patients with fewer doctors – what can patients and doctors do to counter the storm? Mark Paulson is the CEO of the Chippewa County-Montevideo Hospital in Minnesota. Speaking with the Montevideo American-News, he said that the entire healthcare system needs to be rethought.

Part of that could be through greater use of technology – like augme target=”_blank”nted reality and predictive analytics – to assist doctors in certain tasks and streamline individual appointments. Education is also an essential component. In October 2016, leaders of the U.K.’s National Health Service announced plans to bump up recruitment efforts by adding 1,500 physicians, as Sky News reported. That plan would bolster that country’s healthcare and help curtail expenses on medical locums. Meanwhile, Paulson and CCMH are trying to solve the problem by offering 30-day internships to med students, trying to expose them to rural healthcare settings.

It’s these steps, as well as awareness by doctors and patients, that is going to have the biggest impact on the storm brewing in modern healthcare.