Talking to patients about changes in ACA coverage 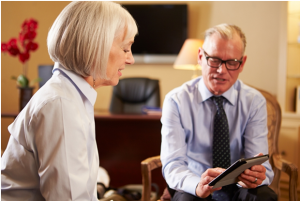 As part of his campaign, President Donald Trump promised to repeal and overhaul the Affordable Care Act. Originally passed in 2010, the ACA – or Obamacare as it’s more commonly known – modified the healthcare industry’s standards and helped insure millions of Americans.

Trump’s administration has promised to replace the ACA with something more cost effective that would address key complaints about the act, like incentive for buyers or problems with subsidies. No matter where people stand politically, it’s important to understand what could happen with the ACA in the coming years.

Doctors especially can help guide these conversations with patients who might be unsure.

“Per the ACP, an ACA repeal might hurt both patients and the greater medical system.”

Opinions about the coming changes in the ACA vary between individuals. However, there are several physicians’ groups that have come out against the repeals. In a letter with the Portland Press Herald, the American College of Physicians explained that any repeal might hurt both patients and the greater medical system. Citing several different studies, the ACP’s letter details the large-scale benefits of the ACA, including helping with the treatment of diabetes and covering a greater pool of patients. The letter concludes by arguing that the “repeal of the ACA is the wrong policy for our patients,” and a new system must be outlined before anything is replaced officially.

The possibility of an appeal to ACA is still somewhat down the line. As McClatchy DC Bureau reported, one of the first executive orders Trump signed was to address the greater health care system. Specifically, it gives agencies like the U.S. Department of Health and Human Services the power to “minimize unwarranted economic and regulatory burdens of the Act.” Effectively, HHS now has a newfound level of flexibility in how it enforces anything related to the ACA. This doesn’t mean anything changes in regard to coverage or premiums, but rather this is a symbolic gesture to show that Trump and the HHS are intent on developing a new system. This won’t impact premiums in 2017, but could drive prices up and modify ACA regulations by early 2018. However, most insurance companies set premiums around May, so any changes to the ACA would come just before then to ensure changes go through to the current health care system.

Given all of the attention surrounding the ACA, and with more developments to follow in spring and summer 2017, it’s likely some patients may feel certain anxieties about their health care coverage. Especially as, according to the Wharton School of Business, lowering costs associated with ACA may prove impossible, and that could eventually impact the public at large. It’s also worth noting that the repeal may not be wide-scale. As The Atlantic reported, a bill was brought forward in late January 2017 that would allow states to keep the ACA in its current status.  Prices and subsidies may be impacted, but it would maintain current coverage, and that’s essential for many people, including those with conditions not covered before ACA.

In the meantime, it is essential patients be assured that nothing has yet changed about their personal healthcare. It is in their best interest, however, to do their research to stay aware of any breaking news as well as address specific concerns with medical professionals.