Why the superbug is more than just a pest

Getting sick is never fun. Doctors might prescribe antibiotics among other medications to help relieve your symptoms and facilitate your recovery. However, bacteria and viruses evolve over time, and some have developed resistance to drugs. This means that if you’re sick, it could be much harder to treat and stop the bug from spreading. Superbugs are so much more than simple pests, and the health care community must act to combat these threats.

“Candida auris has killed 60% of the people it’s affected.”

Superbugs can be life threatening to anyone infected. Candida auris, in particular, has killed 60 percent of the people it’s affected. So far this year, 122 cases have been reported, while there were only six in 2016, according to the New York Post. Those affected by this superbug might not succumb to infection but could pass it on to others. The germ can linger on bedrails, uniforms and hands. If it gets inside a catheter or breathing device, it invades the patient’s body and can kill.

The problem is that not much work has been done to fight these bugs, as they primarily affect those that are already ill and don’t typically pose a risk to the general public. Science Alert noted that the Candida auris was first described in 2009 as a fungus species that can cause severe infections. Data around this superbug shows the high potential to cause outbreaks in health care facilities. It’s multidrug-resistant and often hard to identify, making it difficult to treat properly. With early warning and increased vigilance, doctors might be able to prevent these outbreaks and take aggressive action to contain the spread of the superbug.

Because there’s no clear way to kill a superbug, health care professionals must do their best to prevent infection and combat outbreaks more effectively. Medical Tourism Magazine suggested assembling a team of experts as a source of information for your organization. This will help get feedback quickly to contain the situation. It’s also necessary to pick guidance from one reputable source – such as the World Health Organization or the Centers for Disease Control and Prevention – and follow through with it. Choosing a single organization’s recommendations will mitigate confusion and streamline response processes. 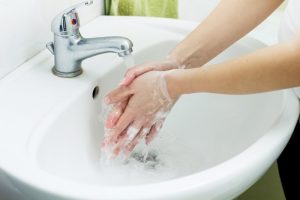 Washing your hands and constantly cleaning will help prevent the spread of superbugs.

Health care facilities including hospitals and nursing homes must take steps to prevent the spread of contagious disease and limit the growth of drug-resistant superbugs. Medical professionals should screen patients, clean continuously and wear the appropriate protective equipment. The World Health Organization recently updated its Essential Medicines List, grouping antibiotics into three categories with recommendations on appropriate uses, FierceHealthcare reported. WHO moved some medications to a “reserve” group, indicating that they should only be used as a last-resort option, while others are in the “access” group as go-to treatment options. This effort is aimed at using medicines more effectively, particularly in the face of antibiotic resistance. The update will reduce unneeded infections and prescriptions.

Superbugs are becoming stronger over time and addressing them appropriately will be vital to preserving patient health. By focusing on cleaning and containment measures, health care organizations can help reduce superbug spread and rate of infection.